Nicole and her sister Rosie from Germany found a tiny sick kitten a few years ago. The kitten was covered in mites and had sever infections, obviously in need of medical help. The kitten had an unusual fur pattern – it was black all over except the paws and nose. Three years later, the tiny cute kitten looks much different. 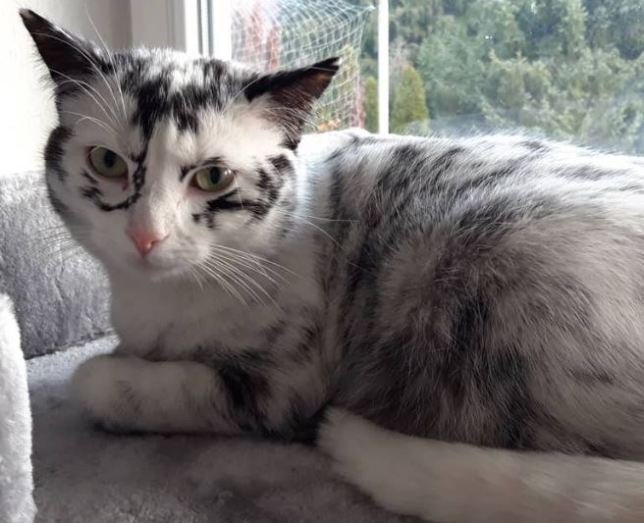 Elli, as her owners named her, is a cat suffering from vitiligo. Vitiligo is extremely rare among animals and manifests through loss of pigment. This left her with white patches on her fur, transforming her to a tuxedo kitten who doesn’t differ from a snow leopard. 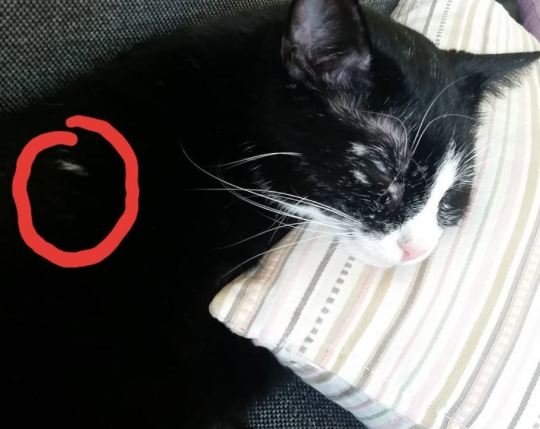 Elli was found abandoned at a farm and was black all over. A year later, Rosie spotted a tiny white patch on the kitty’s back. In the next few months, there were more and more white patches. When Rosie and Nicole took Elli to a vet, he diagnosed her with vitiligo. Two years later, Elli is a completely different cat. Well, only visually. She still loves sleeping on the sofa and enjoying the sun on the porch. She loves her humans and follows them around the house all the time. 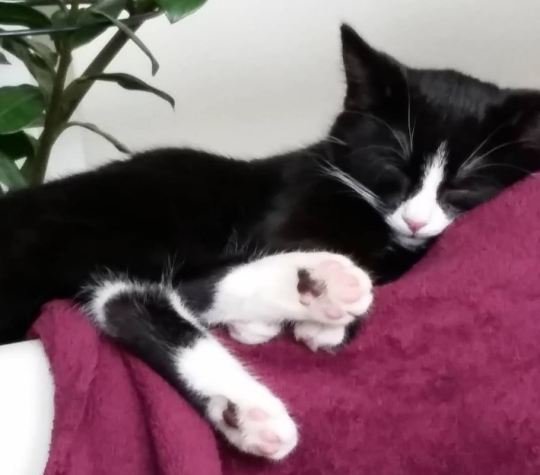 The condition doesn’t stop Elli from having a normal life. She may look different on the outside, but inside, she’s just like any cat. 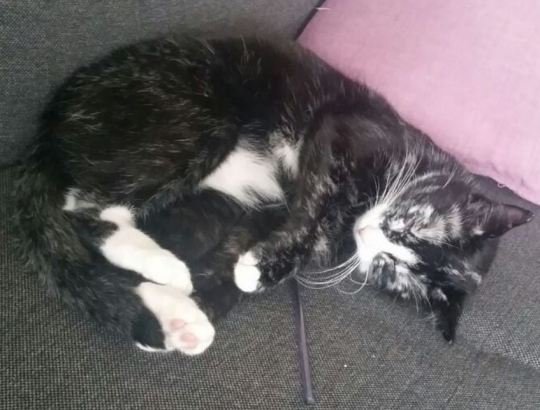 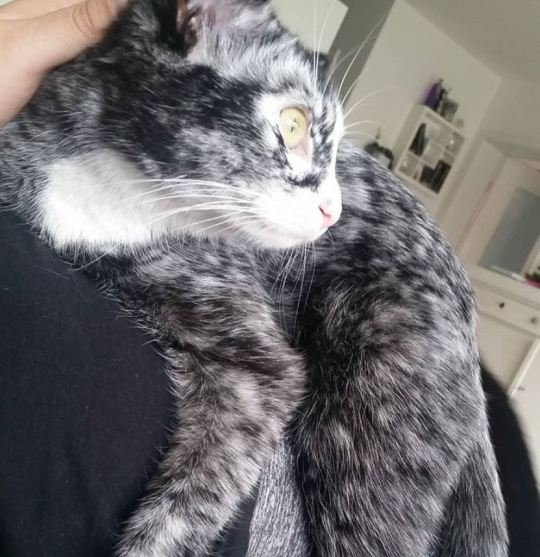 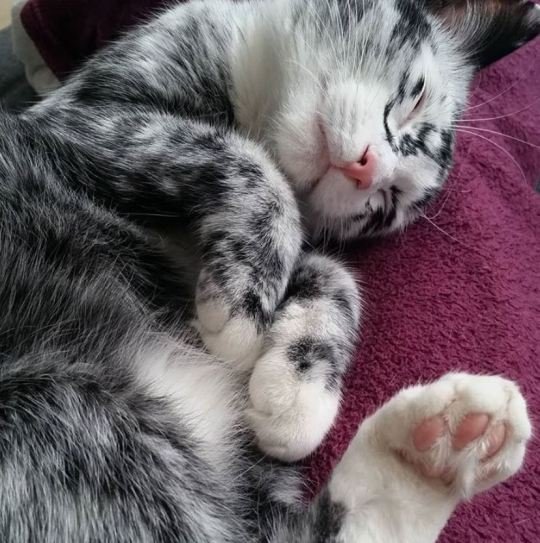 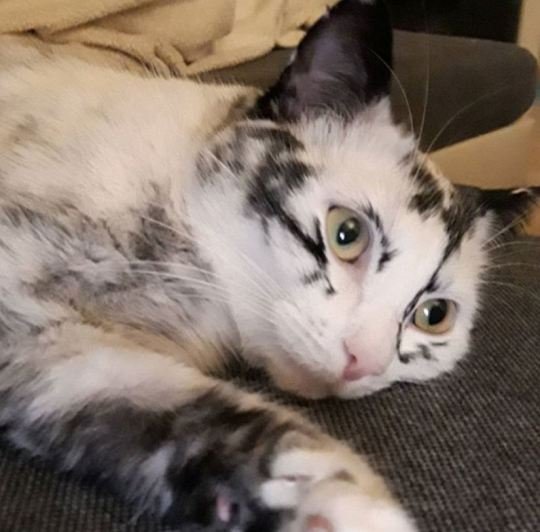 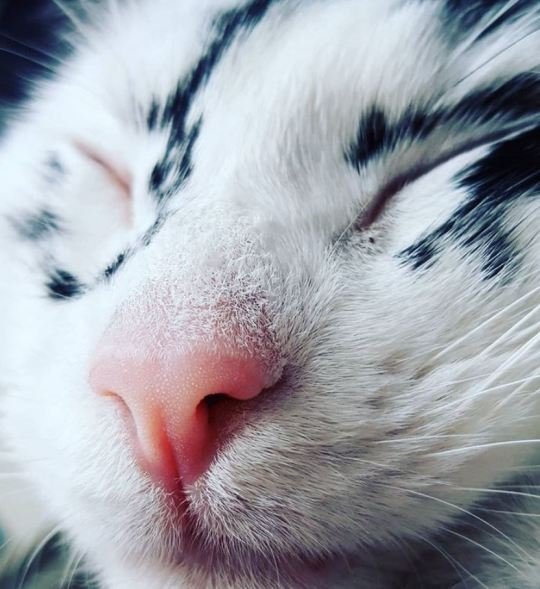 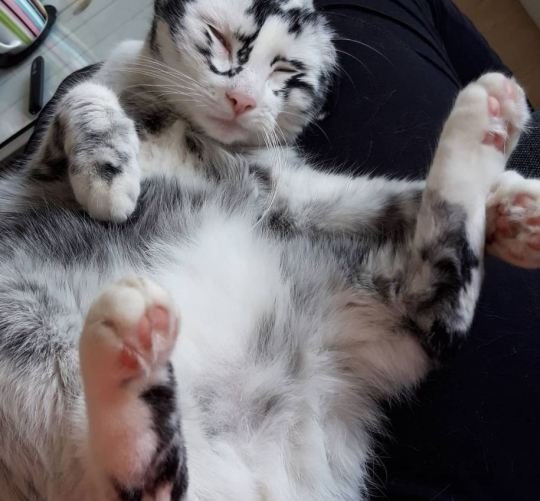 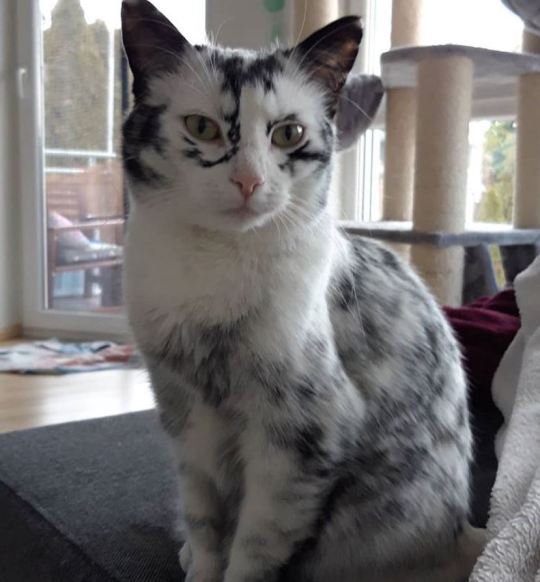